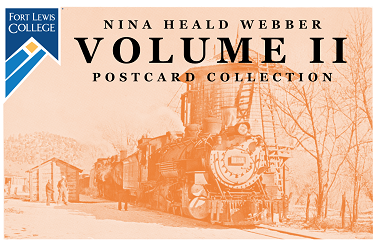 The town of Durango was created by Denver and Rio Grande Railroad Company to process ore from the mines in nearby towns and the railroad has been a significant factor in the town from 1882 until now. According to the Durango & Silverton Narrow Gauge Railroad, providing a scenic ride through the majestic San Juan Mountains for passengers was an important part of the train’s purpose from the start, along with hauling hauling gold and silver ore to the smelters. That continues to this day with over 200,000 passengers riding each year.
(source)

Durango is more than the train and tourism. Natural resources, food and beverage manufacturing, and lifestyle firms are key industries in La Plata County. (source)

Durango is also home to Fort Lewis College. Originally an Army post and then later a boarding school for Native American students. Formed in 1911, Fort Lewis College moved to its current location on the mesa above town in 1956. “The Fort,” as it is locally known, is Colorado’s public liberal arts institution with close to 3,500 students who can choose from numerous majors.
FLC embraces its responsibility to provide educational opportunities to the nation’s Native American and Indigenous students. Fort Lewis is particularly known for the success of its cycling teams that have accumulated over 20 national championships and was the top Division I team in 2007, 2009, 2010, and 2011. (source)